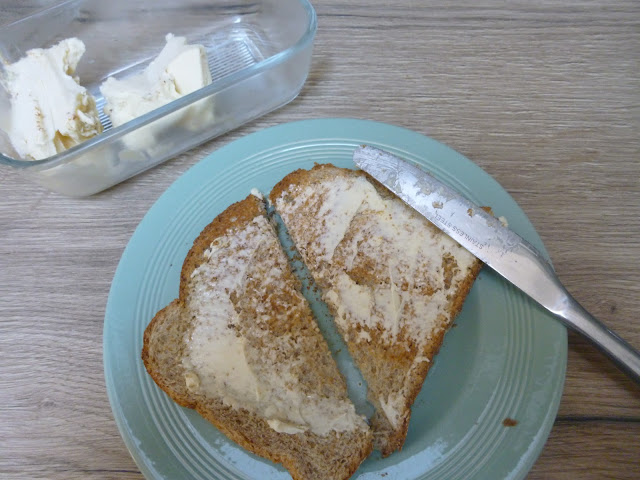 Sliced bread is dangerous!!
It's oh so easy to pull out a slice and toast it ... just because you fancy a slice.  Would I have had this very early morning slice of toast if I had had to get out the bread knife and the chopping board, I think not.  I would have waited for my weetabix.
No wonder the National Loaf was unsliced and often quite stale, less temptation to eat it just for the sake of eating it.  Or maybe I'm just lazy.  😁 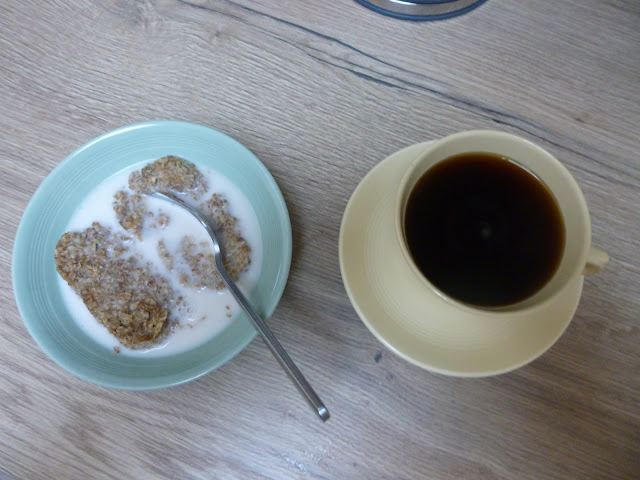 My main breakfast after the temptation of earlier.

Double breakfasting was a good idea though really, because soon after eating my weetabix we had to hit the road at 6.20am to get to Mum's before the cleaning company came to give her little bungalow a deep clean.  We could not have left her on her own to supervise this so soon after coming out of hospital.

The rest of today's food was bought on the road to Mum's and while we were there.  Not on the ration, but I'm classing it as eating out at the British Restaurants.