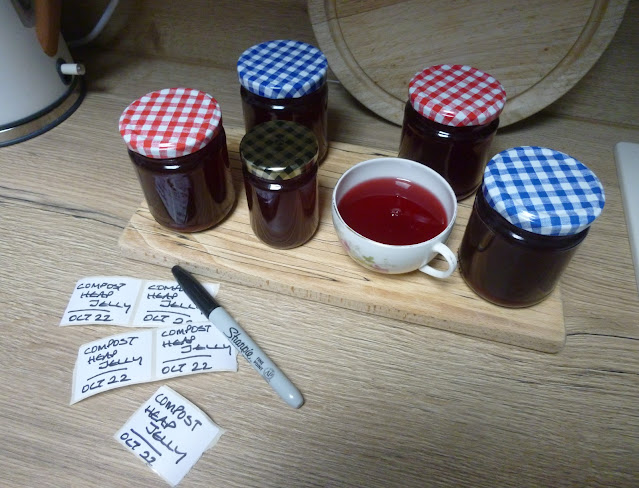 I finally got round to making the Compost Heap Jelly, there's no real rush to make it up once you've cooked the fruit trimmings and strained them, as you long as you keep them safely in the fridge. 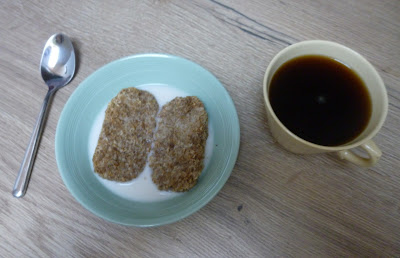 But first I had breakfast while the cold juice came up to room temperature. 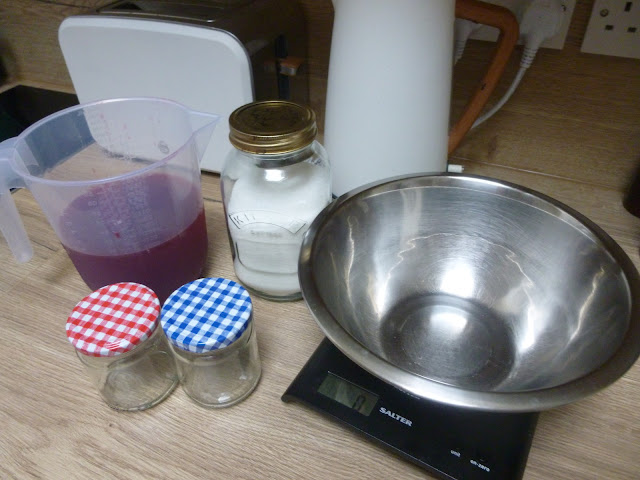 I had one litre of strained juice, so I had my fingers crossed that my sugar ration of the last three weeks was enough.  I think I have only used it for the scones that I made so Iwas pretty confident that there would be enough left. 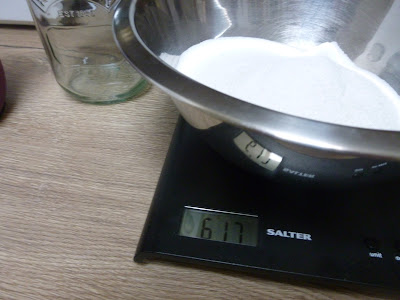 There was plenty, I guess slightly too much really as the ratio is usually 600mls of juice to 450g of sugar, but I just chucked it all into the large stock pot that I borrowed off Alan and brought everything up to a roaring boil.  I kept it there for ten minutes and then poured the boiling hot liquid into the jars that were hot straight from the oven. 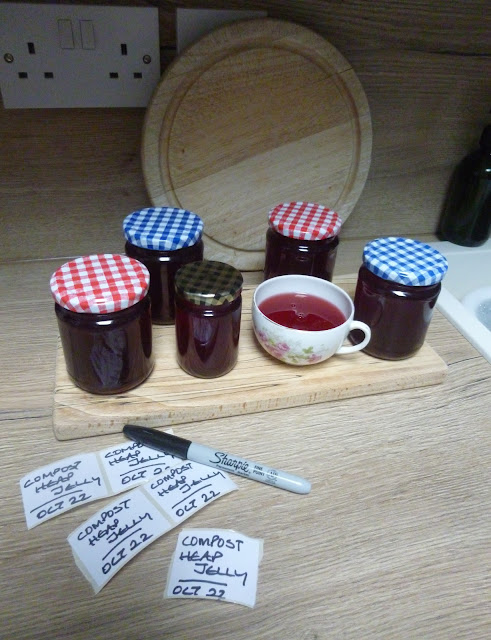 Sometimes it works and sometimes it just doesn't set first time and I will be honest and say that this time I didn't get the set, it was still runny once it had cooled down.  Now this is great if you want a syrup for pouring over ice-cream etc but I wanted a jam, so all I did was tip all this back into the pan and bring it back to a boil.  I gave it another four minutes and then jarred it up again.  I only lost the small amount that had been in the cup in the evaporation after the re-boiling, and once finished I had the four small jars and the little one which all successfully set.
One of the jars didn't form a proper seal so that one will be eaten first and will live in the fridge.  The others have been added to my ration pantry and are available at any time I need them. 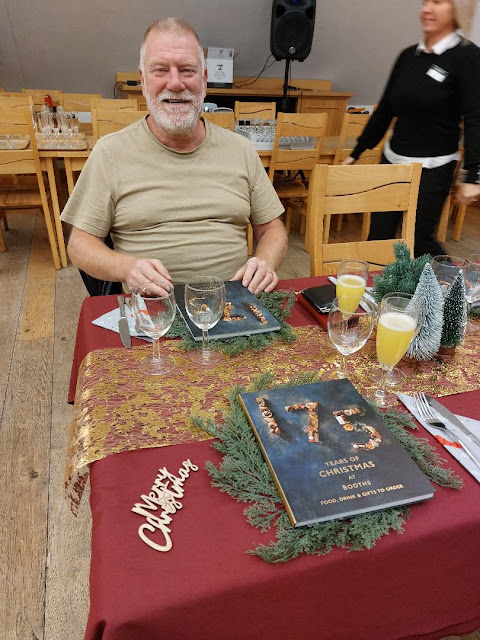 There's no evening meal to show you as last night we went to the Booths Christmas Book Launch at our local Booths store.  We expected a few nibbles and a glass of Prosecco ... we got a three-course meal, extra buffet nibbles and Buck's Fizz, white wine, red wine, sparkling wine and a glass of Port. 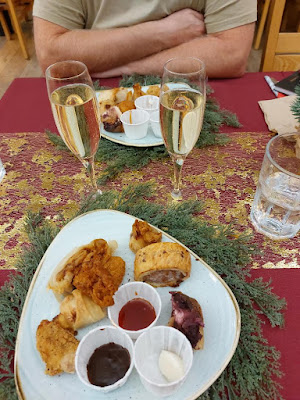 The buffet nibbles.
To say we were full was an understatement, what an amazing event.
Oh well ... now it's back to rations  😄
https://youtu.be/A6FQ9rQxets
Some weekend watching from YouTube.  This episode of The Wartime Kitchen and Garden showing the fake iced wedding cake cover that Catriona mentioned in a comment right at the very beginning of this challenge.
Sue xx
at October 23, 2022