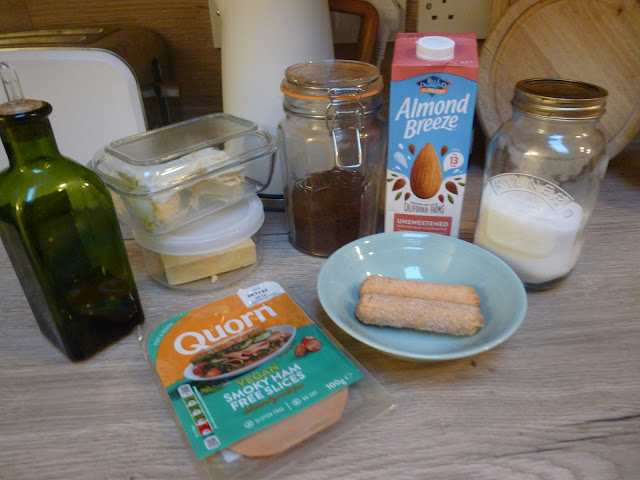 Week two, and it was time to replenish the fresh foods.
It's only the second week of my modern rationing and already I was thinking of the people in wartime going to the grocers on their shopping day each week, and buying exactly the same things week after week, month after month, year after year.  With only the amounts that they could buy with their ration stamps changing as supplies grew or dwindled, or other things were added to the list.
For instance, at the very start of rationing here in the UK ... 8th January 1940 ... the three things on the ration were bacon, butter and sugar, very quickly all the other things you see in my photo (with eggs replacing my Quorn bacon and sausages, and 3 pints of cow's milk replacing my almond milk, tea replacing coffee and lard replacing oil of course ... I told you this was 'modern' rationing!!) joined them.
Going to the shop to get your rations and expecting one thing but getting a lot less of it must have been really upsetting.  The same with the points system, getting to the grocers to find that your previous amount of points would no longer buy you that tin of Spam or full pound of lentils must have played havoc with any menu planning.  Of course, there would have been the occasional happy days too when suddenly the radio announced that the cheese ration was going up, or more sugar was available for the autumn jam making sessions.
Whereas we tend to menu plan and then shop, knowing pretty much that in our times of plenty there will be what we want or at least very near replacements, back in the rationing years I guess the housewife would shop and then come home and work out what meals she would be making and how she was going to feed her family for the coming week.  At times no doubt stretching things thinner and thinner and hoping and praying that nothing would snap! 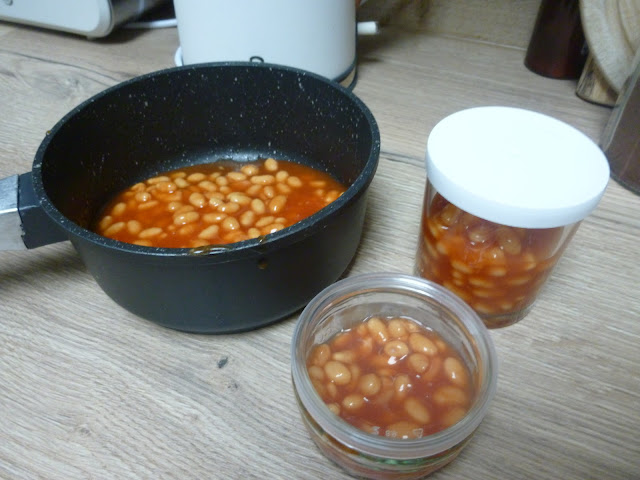 And talking of stretching things thinner, I decided this week I would open one of my cans of beans.  At just two points per can, they were a relatively good points purchase this month I thought, but I still wanted them to go as far as possible.
I decided that they would be the star of three meals and divided them into the portion sizes that I thought would work. 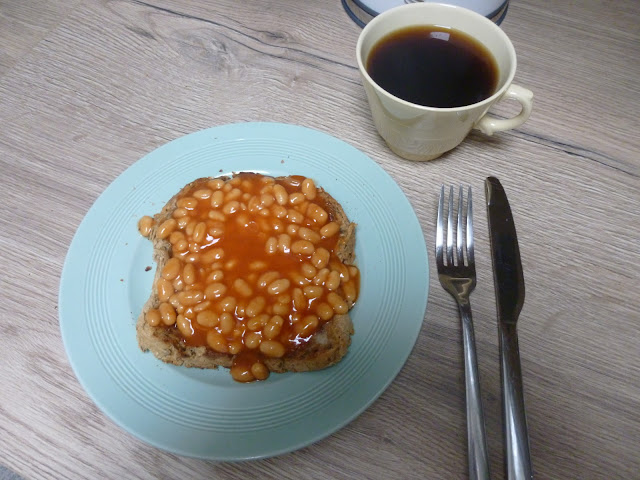 The biggest portion being for a beans on toast breakfast.
I'm so glad I did this and that this was one of the most filling breakfasts up to date, as not long after I had eaten my son came to pick me up so we could go and visit Mum in hospital.  You'd think a two-hour visit would be just that, but when you live so far from the hospital, each visit is taking between five and six hours including the travelling time.
I do admit to taking a sneaky Deliciously Ella flapjack with me to eat at lunchtime, and it saved the day.  No one likes me when I get hangry!! 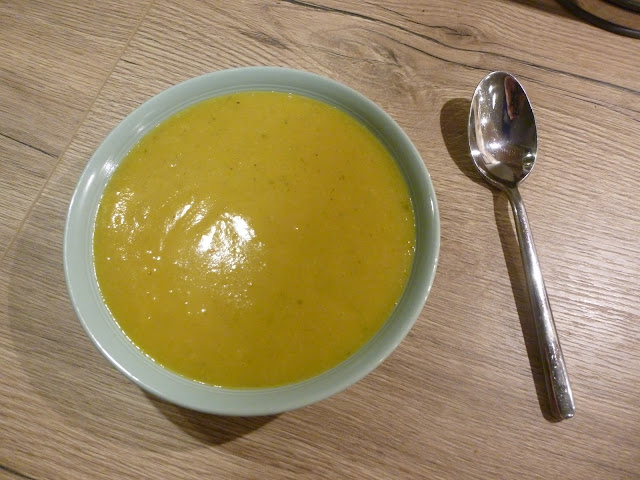 When we got home, I made us both a coffee, offered Jason a snack but he refused as wanted to get home, he lives a good 40 minutes from me ... so his day was even longer than mine.

I fed the dogs, took them for a quick walk and then tipped the entire contents of the jug of remaining soup into the pan.  This bowlful and a little top up straight after, saved the day and filled me up with lovely vegetably goodness.

Then all I needed before I went to bed was a nice cup of coffee and a relax in front of the television watching First Dates Hotel.