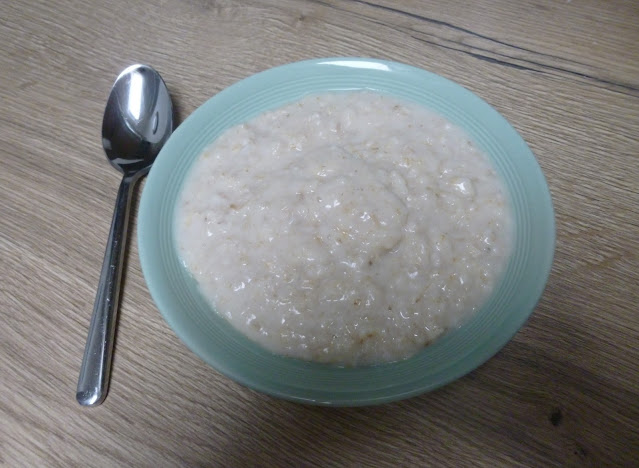 The day started well with a large bowl of porridge and a cup of coffee.  I've found that my usual 50g of porridge oats is just under 2oz, never have I been converting as much as I have just recently.  It makes for a filling breakfast, so much so that it was nearly two o'clock before I even started thinking about lunch. 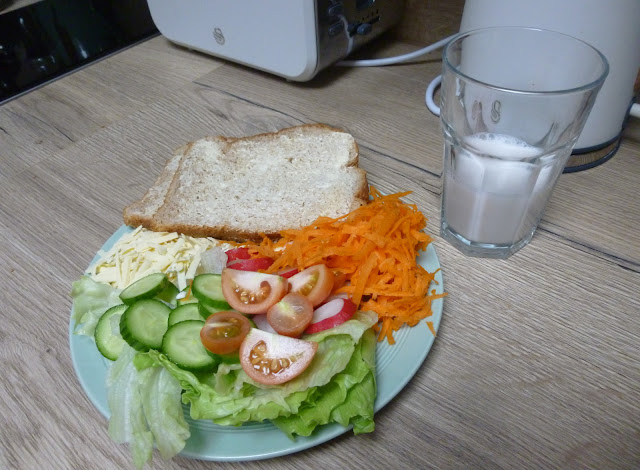 I wasn't really in the mood for cooking when my tummy started to rumble, so I thought what better time to try out The Oslo Meal.
The Oslo meal, or breakfast or dinner ... it had many names ... was originally a diet developed in 1920's for Norwegian school children in Oslo, then adopted by many in the UK in the 1930's as a health rather than weight loss diet.  It was picked up by the Ministry of Food during WWII as an ideal and healthy lunch for both children or adults and it was eaten regularly by many people.
The main component parts are brown bread, butter or spread, milk, cheese and some raw and mostly green vegetables, along with a glass of milk.  And after eating this for my late lunch I can testify wholeheartedly that it is very satisfying and very filling.  I ate some of it as it was and then made myself a huge sandwich with everything that was left on my plate. 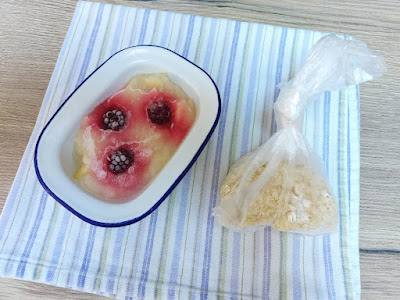 Still comfortably full at teatime I decided to thaw out one of my little dishes of stewed apple and blackberries and the little bag of saved crumble mix and just have that for some supper with a cup of coffee mid evening.
So, it was a good day, with meals eaten at all the wrong times if you are being pedantic, but a very tasty and interesting day too.
Sue
at October 14, 2022