Day Eleven - Stale Bread, Tomato Sauce and a Step Back in Time 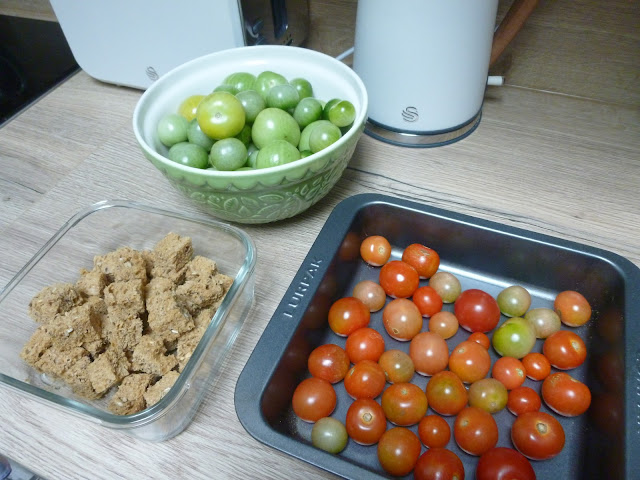 Breakfast was going to be a bacon butty, but the bread was stale and mouldy. 😞
Thinking on my feet I decided to cut off all the crusts and put the best bits out for the birds, I cut the inside of the bread into a couple of slices for a cheese and ham toasty later and cubed the rest of it to make some croutons to go with that soup that I have in the freezer.
I couldn't possibly just put the oven on for croutons so while it warmed up a bit, I sorted through the homegrown tomatoes taking out all the red or almost red ones, and then I added the slightly squishy large tomatoes from the fridge, drizzled them with a bit of olive oil and some homegrown garlic cloves and popped the tray in the oven along with a potato for my lunch. 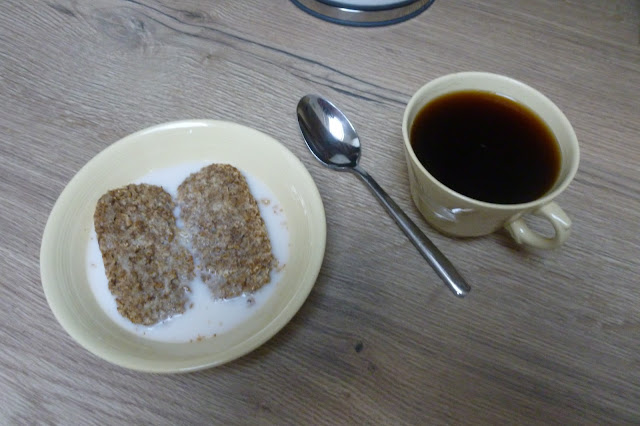 And breakfast was weetabix and a cup of coffee.

As you can see occasionally standards slip and I forget to use a saucer, oh well the coffee tasted just as good. 😄 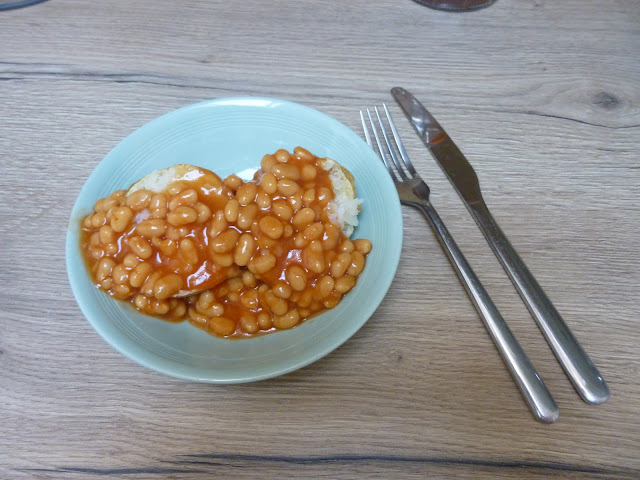 Lunch was tasty, small but tasty. 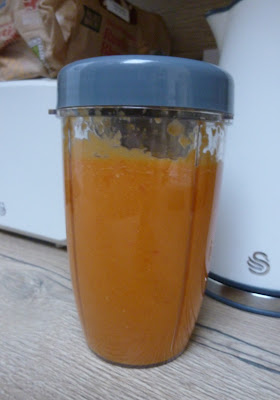 After an hour or so in the oven the tomatoes and garlic were whizzed together and now I have some tomato sauce for future use. 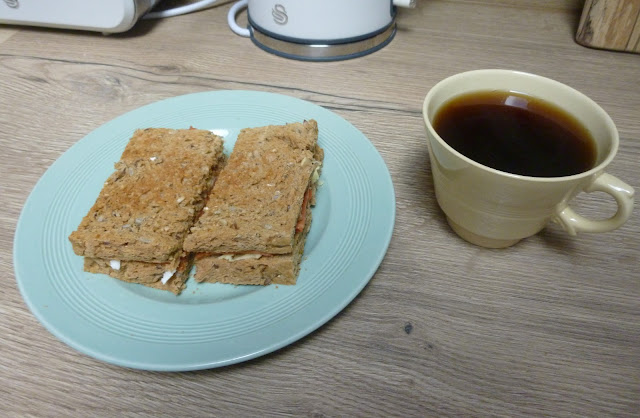 For tea I made a sort of cheese and ham toasty, using the last couple of slices of the edgeless bread with the Quorn ham and some vegan cheese.  Another small but tasty meal ... and as you can see once again no saucer!!

As my tea was so small, I thought I would have one of the remaining crumbles from the freezer for supper, but bedtime came around and I just wasn't hungry, so I saved that for another day.

I need to up my game a bit more now and get back on track, but I won't be going this far ...