Day Twenty One - Old Jam, Fadge ... and This Week's Giveaway 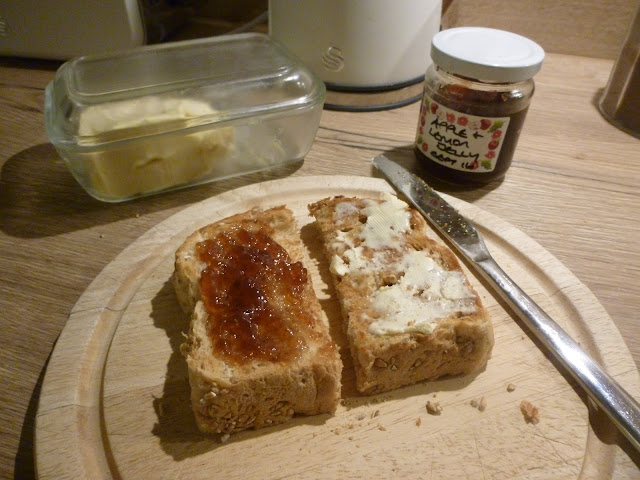 A simple and very early breakfast, hence the low lighting in the kitchen.

Isn't it staying dark longer in the mornings now, something I quite like just as I like the dark evenings.  Something I'm not so keen on though are the high winds and heavy rain that we've been having over the last few days.  Alan's Fig tree went from leaves and fruits to just a few unripe fruits clinging grimly to the branches in the space of two nights.  Oh well we are halfway through Autumn now, so it is all to be expected. 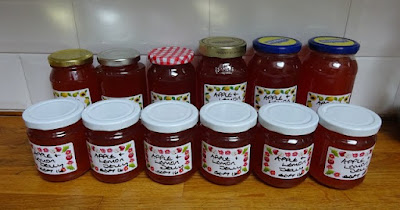 I noticed that the jam that I am currently using is one of my much earlier batch of Compost Heap Jellies made way back in 2016.  There have been many others since then, so I wonder why this one is still around.  It's still very tasty that's for sure.  I need to get my new, much smaller batch done today. 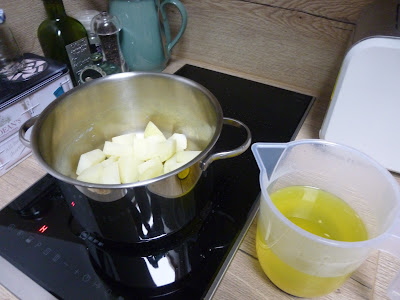 Later I set to making some mashed potatoes.
I drained the potatoes and kept the cooking water.  While it was still hot, I dissolved two teaspoons of stock powder into it as I thought it would be a good base for a flavoured rice on another day. 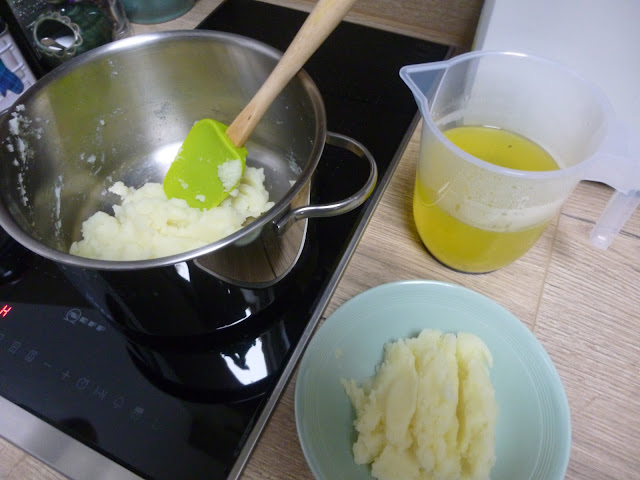 Once they had steamed dry a bit while I was making the stock, the potatoes were mashed and divided into two. 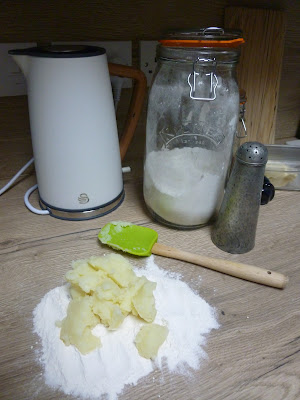 The 8oz of potato was mixed and kneaded into 4oz flour. 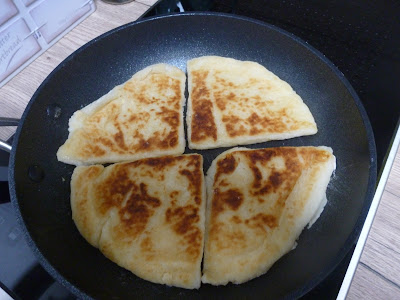 Then patted out into a round that would fit into my frying pan and cut into four. 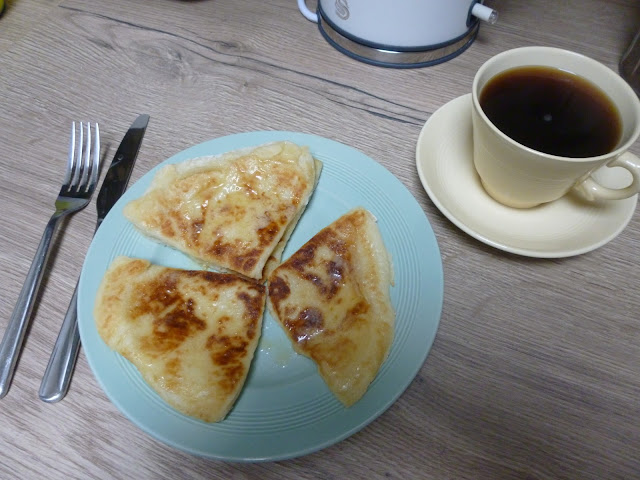 I sprinkled some grated cheese on one of the farls as they were cooking and then topped it with one of the others once it was on my plate.  To be honest I could barely taste it, so although it perhaps made it slightly healthier it was a bit of a waste of cheese for flavour.
It was quite tasty, but also very stodgy.  I should maybe have remembered from the Potato Floddies recipe that I followed HERE, that potato and flour do not sit that lightly with me.  Anyway, it was a filling lunch and feeling so podged meant I did not have any inclination whatsoever to snack during the afternoon. 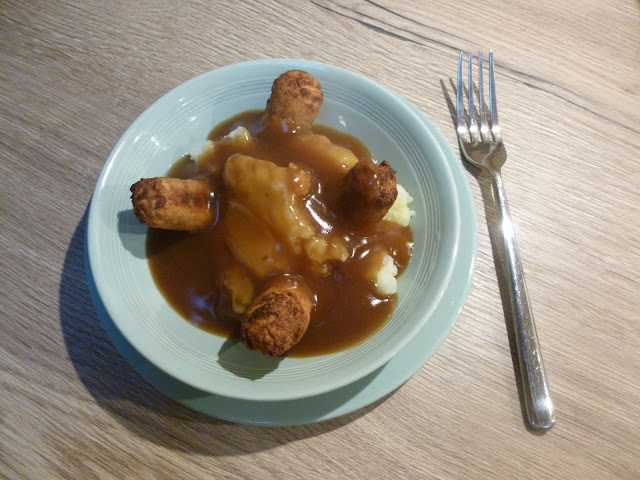 My tea was a simple Bangers, Mash and Gravy using the last of this morning's batch of mashed potatoes.
Oh, I do love mashed potatoes ... especially when they are not mixed with flour.  😄 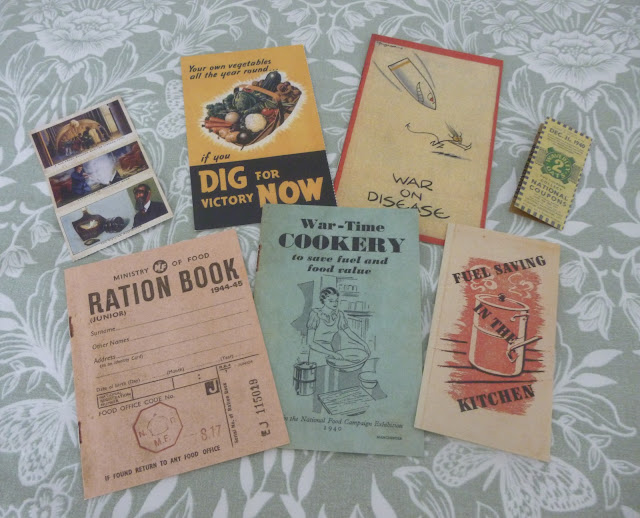 And now, time for this week's giveaway.  All you have to do is leave a comment below saying you would like to be entered and your name will go into the draw tomorrow to win this little collection of replica wartime ephemera.
Good Luck. 😀
Sue xx
at October 22, 2022