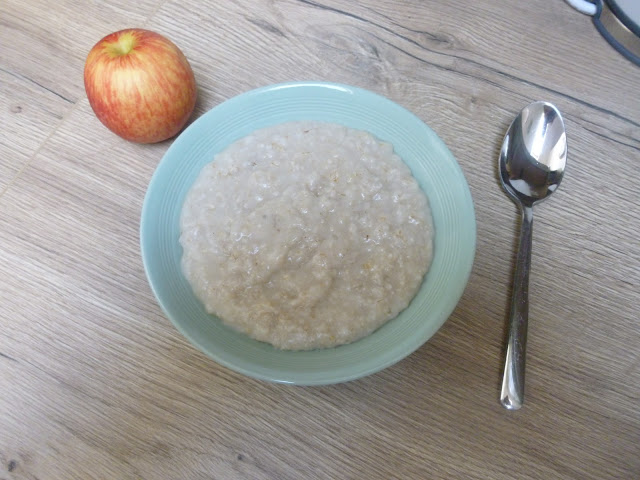 Yay, I actually took a photo of my breakfast porridge and didn't lose it ... and here it is for posterity.

I had the apple cut up into slices after my porridge with a nice cup of coffee, the apple core went into the fruit scraps bag in the freezer ready for a future jam making day. 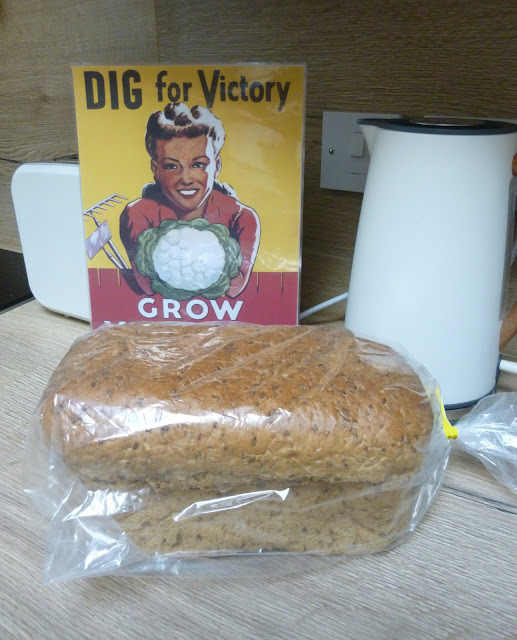 Then Alan wanted to go and get a little bit of shopping and have a coffee in Booth's cafe, so while I was out with him I took the opportunity to buy another loaf.  This was the nearest I could get to the 'National Loaf' ... a bit seedier perhaps, but definintely wholemeal and unsliced. 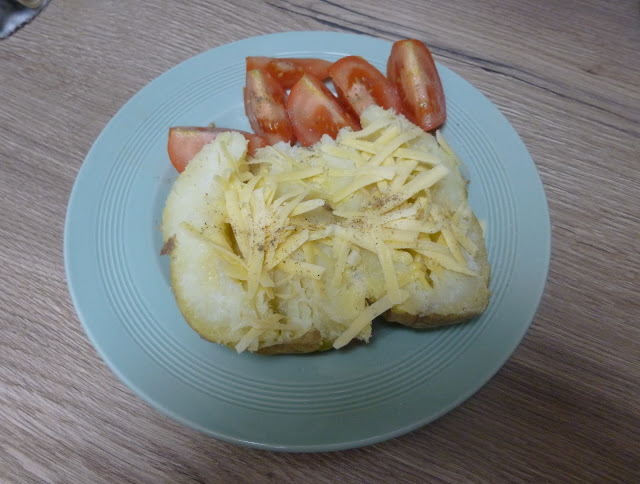 A simple baked potato with a tiny knob of butter and a sprinkle of grated cheese.  I had it with just one of the large tomatoes cut into wedges.  It was surprisingly filling for what looks like such a small plateful of food. 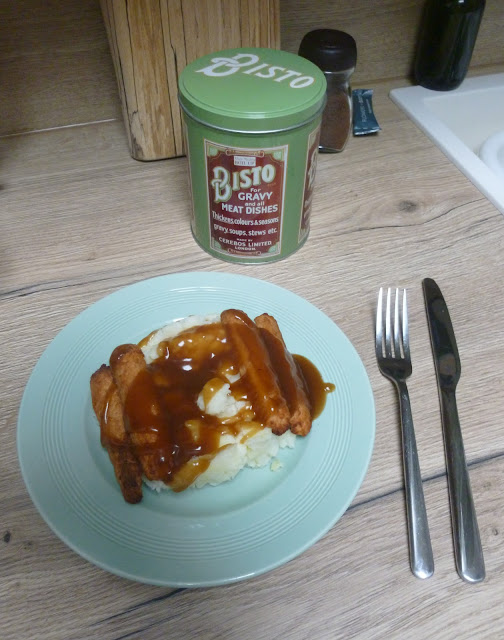 Oh my, tea was nice, and very satisfying too.
A single large potato cooked and mashed with a knob of butter, my two sausages cut in half so they would cook quicker, and so that they would look like four sausages and appear more on the plate ... after all you do eat with your eyes first, or so they say.  And then maybe a little bit of a cheat but I used some of my Bisto granules to make the gravy. 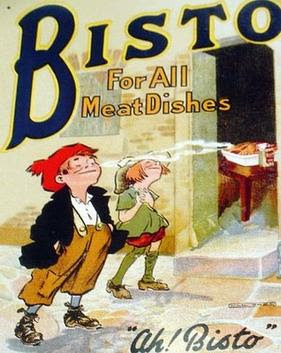 Bisto gravy powder was first launched back in 1908 so that would fit in with any wartime rationing diet, but the granules that I have in my cupboard were only available from 1979.  It's bit of a cheat then but as I use it so infrequently, I wasn't going to go out and buy another pack of Bisto when I have nearly a full tin already.
I bet the original Bisto Gravy Powder was popular during the war years as it's a brilliant way to impart a meaty flavour to any meal or pie without there actually being any meat involved.  Yes, the red Bisto packs along with some of the other modern flavours are completely vegan. 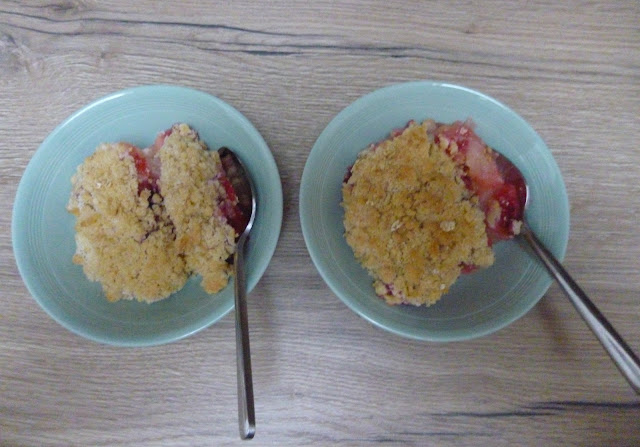 For supper I finally got around to eating my Apple and Blackberry Crumble, and it would have been rude not to share it with Alan after all the driving he's been doing just recently.

It went down very well. 😀

So, day four was a very tasty and successful day, and looking at my rations in the fridge they seem to be holding out very well because of my scrumping and massive amount of bread eating.