It's All About the Fruits and Veggies, Bought and Scrumped 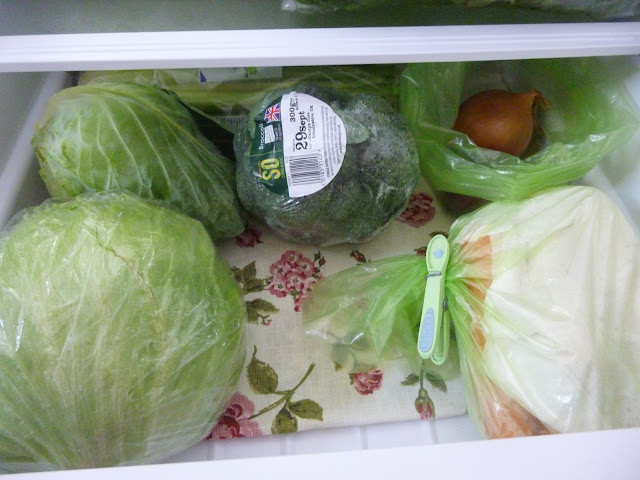 It was all about the fruits and vegetables yesterday.  Sorting out the fridge and getting all my new weeks off-ration purchases stored properly was the first job of the day.  The vegetables all fit neatly into the bottom drawer. 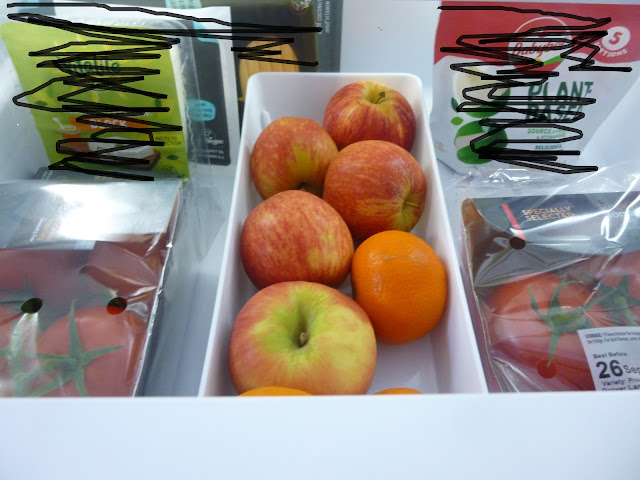 And the tomatoes were added to the pack I already had and put into the fruit drawer ... well they are officially fruit. 😁
You can ignore the cheeses at the back of the drawer I won't be touching them until it's time to take out 4oz for next week's rations.  The three mandarin oranges have lived in the fridge for far too long so I will be eating one a day this week, it would be wasteful to throw them away. 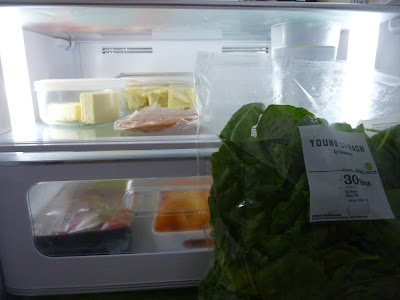 Well, that's about it for the fridge, all the fruits and veggies in the drawers and the butter, cheese and vegan ham on the shelf.  I just had to put the pint pot of spring onions in the door as they were too tall for the shelves.  Once I use them I will be able to move them over, but I was determined not to give them their usual 'haircut' to make them fit.  Every little bit of food counts even more than usual from now on!! 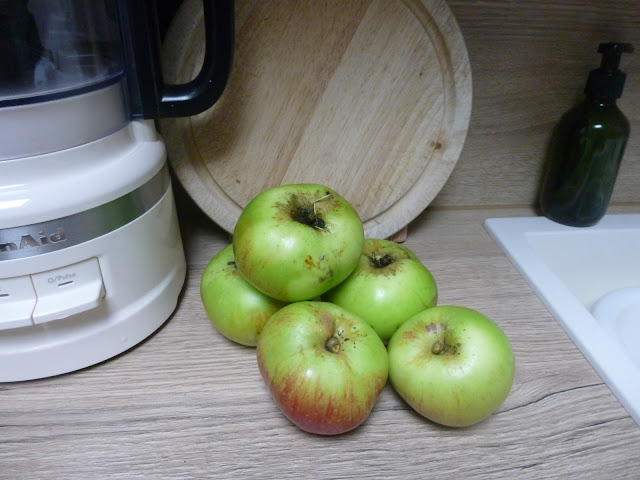 We went to the garden centre to get some grease bands for our apple tree at the weekend and while we walked the dogs around the paddock there Alan asked if I wanted an apple or two from the old trees there, of course I said yes.  It was only when he emptied his pockets out at home that I realised he had managed to reach five. 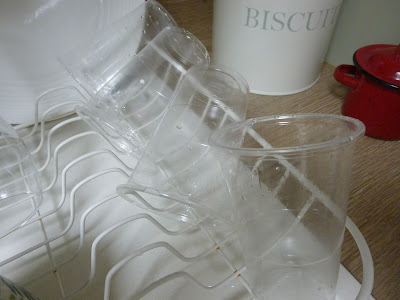 Meanwhile in the cafe I scrumped the plastic cups that you have to use to get water in now that they seem to have put away the glasses.  It's a shame but they are so flimsy you do need to take two. There was no way I was going to let them go into the trash or even into the recycling, so I brought them home and I will use them next year as little 'greenhouse' lids for plant pots when I start seedlings off for my Victory Garden next year. 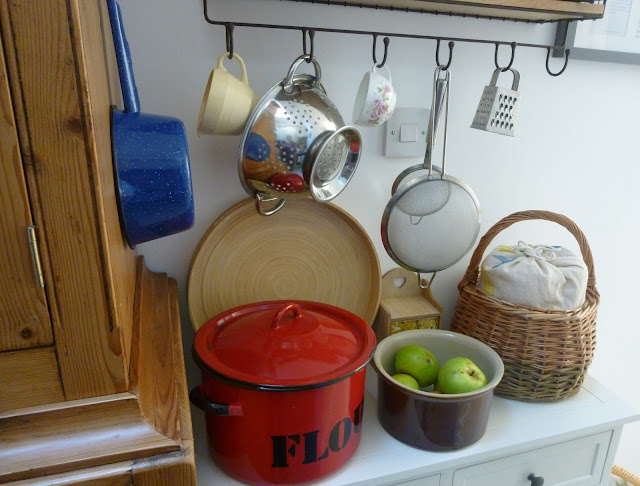 The scrumped apples are now in the pot on my little storage unit alongside the potatoes in the basket and the bread in the 'flour bin' ...  and the plastic cups are in the shed.
And that's it all the prep work and shopping has been done, there's nothing for it but to begin My Modern Wartime Rationing.
https://youtu.be/HheoEd4wrYg
A fascinating collection of memories about rationing.
Sue xx
at September 29, 2022