Getting My Ration Foods Together 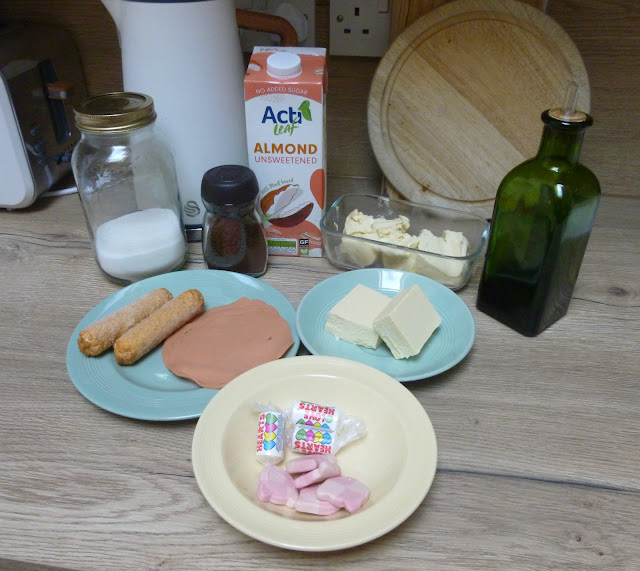 First, I got together my basic weekly rations, I am following the vegetarian rations with some tweaks as I am vegan.  See the FAQs for more information.

2oz Oil in lieu of lard

2oz Coffee in lieu of tea

2 Meat Free Sausages in lieu of one egg 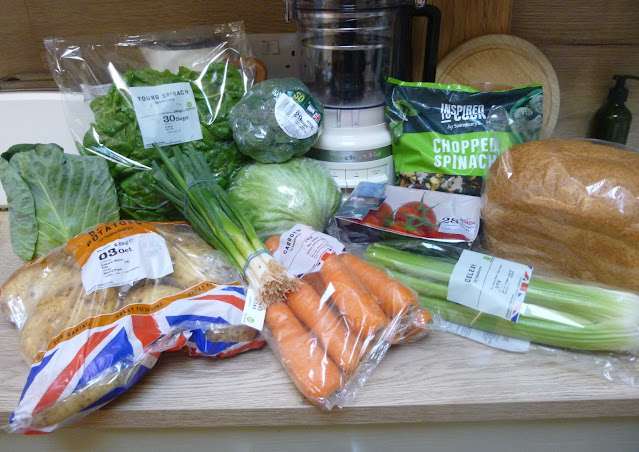 The weekly rations are supplemented with fresh foods that were not on ration, and mostly available in the shops or grown at home throughout the war years.  For my fresh supplies I am making sure that I try my best to buy only in-season British grown foods as would have been available during the war years.

My Monthly Rations
1/2 lb Onions
An extra litre of milk in lieu of Dried Milk
4oz of Instant Coffee in lieu of Camp Coffee ... this made me ill the last time I tried it 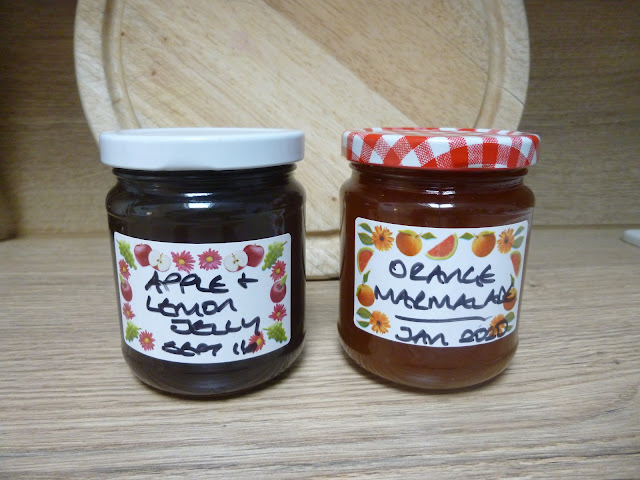 Jam and all other preserves were rationed at 1lb per person for two months.
So, my one month's supply is 4oz of Jam and 4ozs of marmalade. 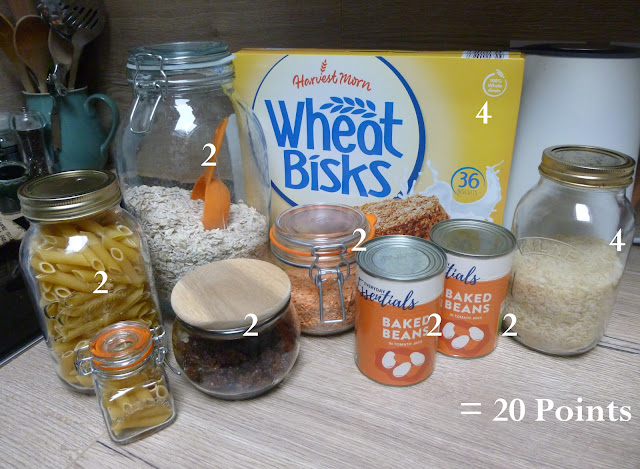 My First Months Points Shopping
For more information about the points system see The Points System page at the top of the blog. 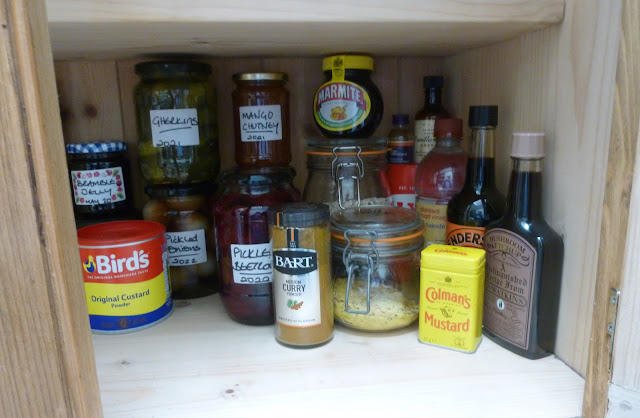 How my store-cupboard looked before I added the rations to it.
After a bit of research, I decided to leave in my cupboard those foodstuffs that would have been in daily use in the 1940's as most people did not start the ration years with completely empty cupboards.
As you can see it's mostly flavourings and custard!!
Also, anything that has been home-produced was allowed to stay so the various pickles and beetroot. 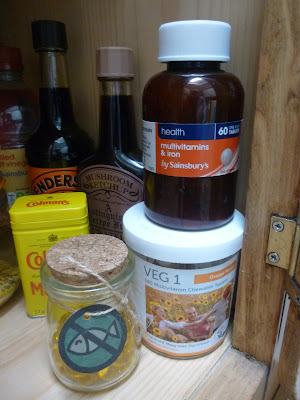 I also added back in my vitamins and Omega 3. 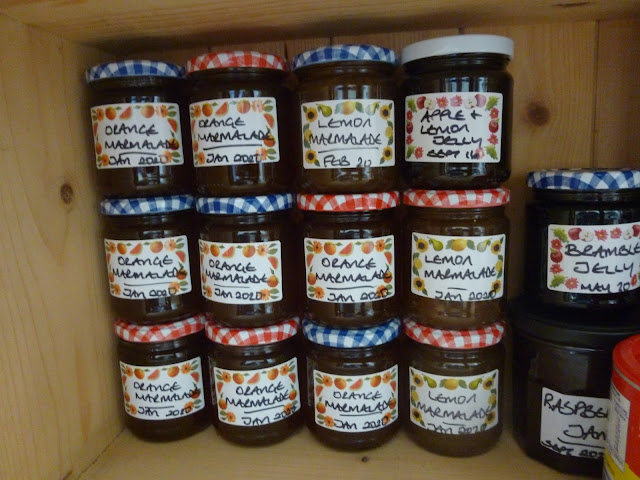 I am not allowed to use the large supply of homemade jams and marmalades ... except when allowed on the rations, but I have no other space to put them in. 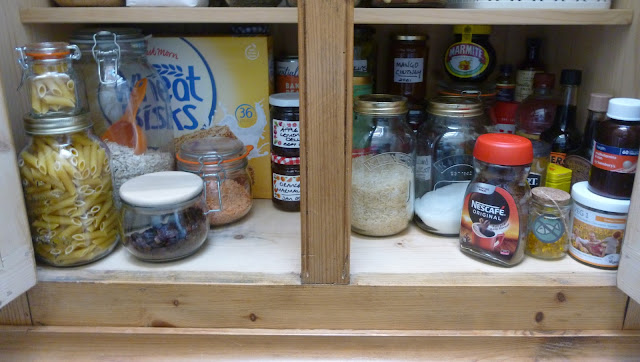 So, my store-cupboard is looking quite healthy now and the forbidden jams etc are neatly hidden behind the Weetabix.  😀

Now I am starting to put together my menu for the whole month.  I am using a few modern meals and a lot of the wartime recipes that I am finding in my books.  There's just one more thing I would like to say, I first said it when I tried to start this Rationing Challenge back in 2020 but it is worth repeating.

Finally ...I really want to re-iterate here loud and clear that I am in no way making fun of or belittling the hardships that people went through during the Second World War.  I am of a generation that has heard first hand experiences from both my parents and my grandmothers of what they went through during this time.  I have nothing but pure admiration for each and every person that came through this dreadful period of our country's history in whatever way it happened for them.

This Challenge is dedicated to them and all that they have taught us.